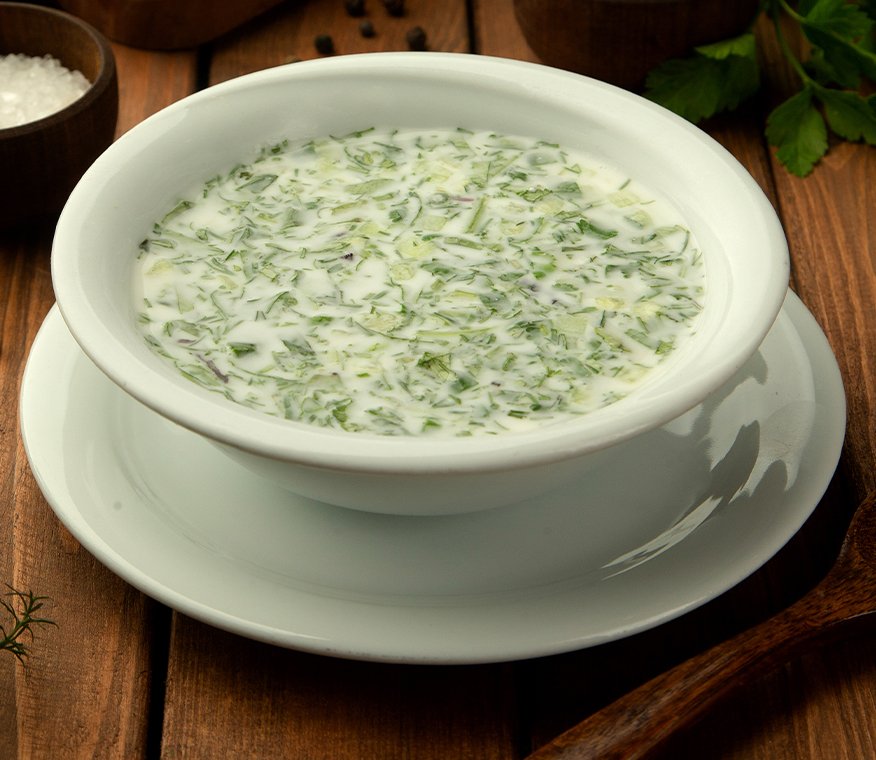 It’s going to be hot out soon and staying hydrated will be the most important factor to keep going in the scorching heat. In such weather the body loses water at a faster rate due to a lot of sweating. While water is a very important drink to quench thirst, there are a lot of refreshing drinks that you can make at home in order to beat the heat.

Did you know that Azerbaijan has a wonderful selection of traditional drinks to try? Their national cuisine is filled with some great drinks which are packed with amazing flavors and above all are super easy to prepare. Nothing is more refreshing on a summer day than the cold and juicy drinks from Azerbaijan.

Sherbet is one of the beloved drinks of Azerbaijan that is a mix of sugar, lemon, saffron, mint, basil, fruits and berries. Water is infused with herbs, left to sit for several hours, and then the other ingredients are added. Sherbets are popular at weddings and other large events, served alongside pilaf, dolma and other traditional Azerbaijani dishes.

Yoghurt drinks are always refreshing in this heat, as they have a soothing effect. Ayran is a cold yogurt beverage mixed with salt. Its primary ingredients include water and yogurt. It is widely used in the national cuisine of Central Asian and Caucasian peoples. Ayran is mainly used as a soft drink in summer heat to improve appetite. It perfectly combines with aromatic herbs. This drink goes exceptionally well with kebabs and other heavy meat dishes, as a refreshing balance to the richness of the meat.

Compote is a very common drink in Azerbaijan and in many former Soviet countries. It's a mixture of sugar and boiled fruits. It can be freshly boiled or conserved, and some modern versions of it include figs and different natural syrups instead of sugar.

Atlama is similar to ayran but differs since it is prepared by also adding different herbs and cucumber. To prepare atlama, mix yoghurt with an equal quantity of boiled water and add a little salt. It is best served with a main dish, especially pilaf, as a refreshing drink. Atlama is even more delicious and aromatic with added chopped dill, mint or chopped fresh cucumber.

The regal pomegranate fruit grows almost everywhere in Azerbaijan, though especially in the region called Goychay, which is considered the pomegranate capital of Azerbaijan. It is here that the annual Pomegranate Festival takes place, attracting about 20,000 visitors, with farmers offering a rich assortment of pomegranate-based wares. The juice is full of antioxidants and therefore very good for your health. And in summer you can enjoy it freshly squeezed on almost every street corner.

One of the most endearing elements of Azerbaijan’s culinary culture is its tea-drinking rituals. Azerbaijanis prefer drinking sweet tea, however they don’t put sugar directly into the drink; instead, they dunk a sugar cube, then bite a piece off and sip their tea. This method is said to have medieval roots, when rulers who were afraid of being poisoned tested their tea by dunking a piece of sugar into the liquid, which was supposed to react to the sugar if lethal.

According to tradition, sugar is not served with tea. The sole exception is when a woman wants to say “yes” to a man who has asked for her hand in marriage – then she brings him a glass of sweet tea also known as “shirin chay,” symbolising the acceptance of the bride.

So, enjoy these drinks sitting at home and keep yourself hydrated and refreshed this summer 2020!